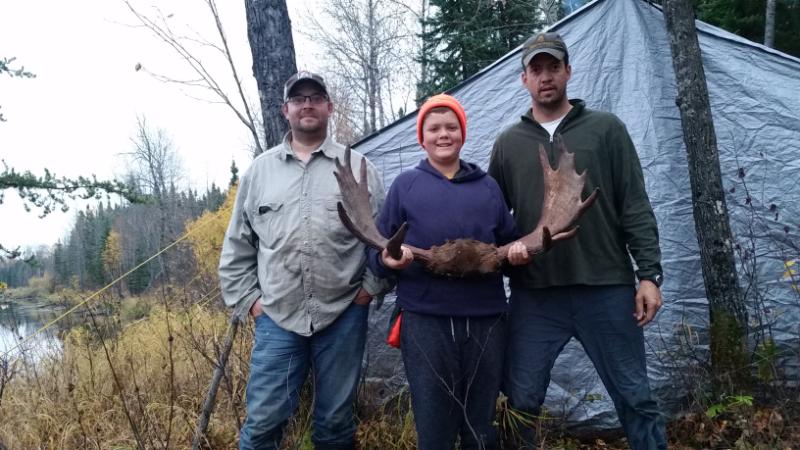 More often than not, hunters go after big game not just for the meat alone, but for the huge antlers that signify a successful hunt.

Deer, moose, and elk for example have some of the largest of big game antlers and serve as a great souvenir of your hunt.

Each set of antler is unique to the animal and no two sets of antlers are alike. Moose antlers in particular, are extraordinary and we’d like to share some fun facts about this big game’s antlers with you.

Burntwood Lake Lodge has a variety of guided moose hunts available and we always welcome you to join us.